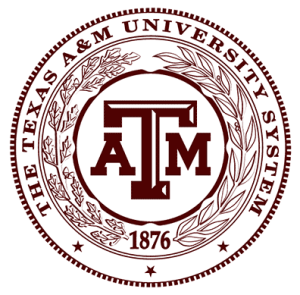 Heaven welcomed an Angel on Thursday, July 16, 2020 when William Forrest Nelson Sr, 88, passed away peacefully at home surrounded by many of his children. To say Heaven gained a one of a kind, extraordinary, special Angel might be an understatement. This amazing man answered to many names, which was a testament to how many roles he fulfilled in life. Architect William F. Nelson Sr. as he was known to his colleagues; Bill, to our Mom, friends, and family; Dad to his children; Grandad or sometimes Bad Dad to his cherished grand and greatgrandchildren; and last but not least, TRed which he referred to himself as a cross between the dinosaur Tyranasaurus Rex and Redneck. This man who carried so many titles in his life was the Rock of our entire family and loved by all. Although he passed away at his earthly home, our family has a peace, and we are thankful knowing that he went to be with his and also our Heavenly Father, Jesus Christ. And we feel certain that he was greeted at the Gates of Heaven by his wife of almost 60 years, our beloved Mom, Jesselyn Nelson. Since her passing, he has often said that he missed her dearly. We know that he loved her, not only in his heart but with the great care and devotion that he showed to her in the last decade plus of her life. His love was evident to all how much he loved her. Anyone that had the pleasure of getting to know our Dad knew that he was truly one of a kind! He was a loving and devoted Father, husband, provider, protector, friend, and father. He raised 7 children, Donna, Terrye, Anne, Angie, Amy, Will and Jennifer, including numerous grandchildren, and great grandchildren. Bill grew up in Beaumont, and as a young boy he had an innate desire to work with his hands and build things like model airplanes, etc. His desire to build things would ultimately be what encouraged him to attend Texas A&M University in College Station, TX. He graduated a proud Aggie with an Architectural Engineering degree. While at A&M pursuing his degree, he worked at a local Architecture firm in the Varisco building in Downtown Bryan, and he would go on to marry his sweetheart, our mom, Jesselyn. They then and had their first born, Donna, who he fondly referred to until his day of passing as “Punkin”. After graduating from Texas A&M in 1954, they eventually moved back to Beaumont where he would become a partner of The White Budd and Vaness Partnership Architectural Firm. The rest of his children were born in Beaumont and he would continue to raise his 7 children and care for his parents and extended family there. Anyone who met Bill and had the privilege of getting to know him knew that he was a highly intelligent, kind, witty, and loving man who could literally build or fix anything and he would go out of his way to help you with any problems you may have. He had a unique ability to talk in depth about everything from architecture, engines, aerodynamics, history, politics, and more. He loved engaging and thought provoking conversations. As children and even into our adulthood we as his children, sought comfort from him and we all loved to go in his office to just sit next to him at his drawing table while he worked. It was a great place to get his special “Dad counsel”, or to just chat with him about your day as you watched him draw and work on his current projects. Often his advice was in few words, but it was always deep and insightful. We all on some level appreciated that special time we had with him. Most of the time he had his infamous pipe in his hand while smoking, and with a stream of the all too familiar smell of Sir Walter Raleigh smoke rising all around.  Somehow, the smell of that smoke was always comforting to his children and family. His children truly feel they were all blessed to have a Dad who was a true workaholic and who loved providing for his family.  Yes, it was chaotic, especially with 7 kids, numerous friends, and grandkids- but on some level it can be assured that he loved every moment of it. If he wasn’t at the drawing table or helping mom prepare meals, carpooling kids etc., he could be found outside in his workshop building model airplanes, using his woodworking skills to build custom furniture, or working on some other project for friends or family. Later in life he would make custom wood bowls and bird feeders to give to family and friends. He LOVED solving problems and so many friends and family would come to him for help, plans for builds, advice, and for just plain old friendship. Because of his craftmanship and talent with woodworking, he was even asked by one of his best and late friends who was dying of cancer, to custom build his casket, which he did. Dad went on to write about that meaningful experience and in his story titled, “The Box”. It wound up being published in The Dallas Morning Times newspaper. One thing we can say as a family is that our Father made a lasting impact on our family and the Beaumont area.  His architectural designs are all over the country and specifically some of his projects include, the Jefferson County Courthouse in Beaumont, St. Elizabeth Hospital in Beaumont, Calvary Baptist Church in Beaumont, First Baptist Church, and Cornerstone Baptist Church in Kountze, Tx., the Kountze Intermediate School, The Big Thicket Visitors Center in Kountze, and The Gladys City Museum Visitors Center, The USPost Office Distribution Center in Beaumont, and including many more.

Bill is now reunited in Heaven with his late wife, Jesslyn Bryan Nelson with whom he spent 60 years married and will now spend an eternity next to again in Heaven.

To honor the life and legacy of William Forrest Nelson Sr., a graveside service will be held at Forest Lawn Memorial Park, 4955 Pine St, Beaumont, TX 77703, on Saturday, July 18, 2020 at 2:00 PM. While this service is open to the public, social distancing requirements are still in place and masks will be required for all who attend. Please feel free to bring an umbrella for additional comfort during the service. A Celebration of Life will also be planned for later at a date where the family hope to display some of his many works at that time.

The family would like to express a special thank you to the doctors, nurses, caregivers, visiting angels, and the staff at Montebello Home Care for their compassionate loving care of Bill.

To send flowers to the family or plant a tree in memory of William Forrest (Sr.) Nelson, please visit our floral store.